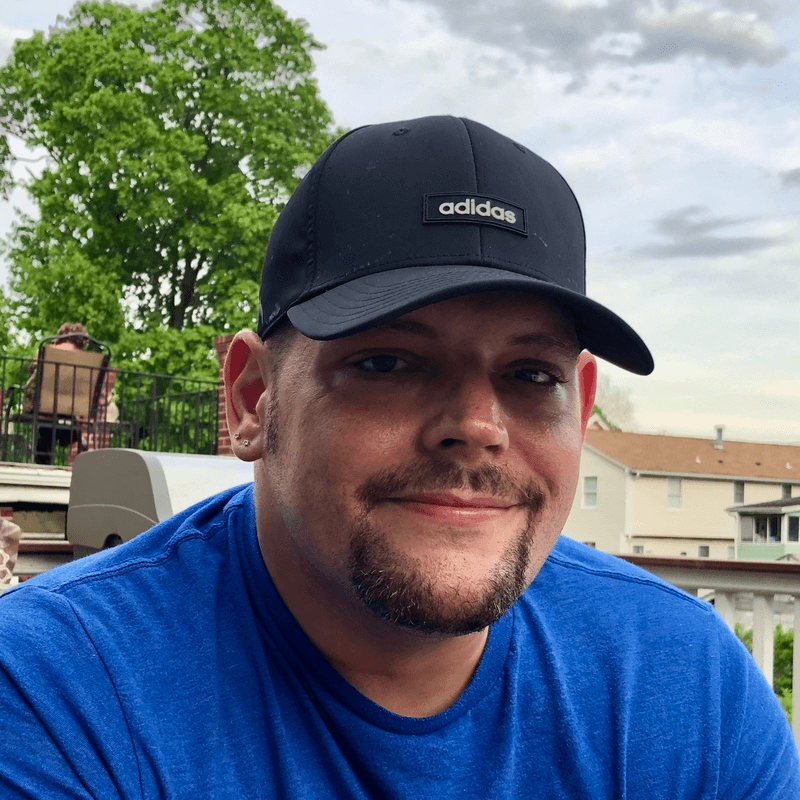 Danny was a happy child with an infectious smile and laugh. He had many hobbies growing up including: sports, skateboarding, and rock music. He loved video games, cars, nature and animals, watching funny movies and so much more. Danny played guitar and drums, inspired by his love of rock and heavy metal. He worked at the family business later in life where he made everyone proud. He made anyone he knew happy and proud to be his family or friend.

Some of my favorite memories of Danny are going on vacations to Lake George, playing in the yard as kids, skateboarding in Manhattan, going to Metallica concerts, watching the Discovey and science channels, and playing video games.

How Daniel will be missed

I miss so many things about Danny everyday. What I miss the most though, is being able to talk to him and his silly infectious laugh. Whether it was TV, a movie or just anything in general, we always tried and succeeded to make each other laugh. I miss not being able to do that anymore...he was my best friend!

How Daniel will be remembered

Danny would want to be remembered as great brother, son, friend, an avid sports fan who loved the New York Yankees and a lifelong music fan. He would want people to smile when they think of him and to think of the many happy, silly times we all had together. He would want his family and friends to know that he loved them all very much and was sorry for some of the things that he did during darker times. Danny would not want us to be sad, however hard that may be.

Before Their Time Was Founded In Honor Of Danny

The inspiration for our nonprofit came out of the tragedy of Danny's death. Our founder and Danny's brother Phil, decided to turn his grief into something positive.

We think that Danny would be proud. Danny was sober for over a year and a half. He was doing great and enjoying his recovery. Making new connections in life and ammending damaged relationships, he was as healthy and happy as ever. My brother was back and I could not have been prouder.

Danny, like most people with substance use disorder, was not a bad person. In fact he was a great person! A very kind hearted child always curious about the world around him, Danny would ask questions about everything. Born the middle child to Philip and Deborah Tremble of Port Chester, NY, Danny had a normal, happy childhood in a small suburban town. He went to a Catholic school where he made many friends.

Playing several sports, he excelled at them all winning several trophies for baseball, which was his favorite. Being his older brother, he would always look up to me and ask all those questions that never seemed to end. On the weekends and summer we would ride our bikes, play on the swings, swim in the pool, play in the yard with snakes and worms...boy stuff! Weekdays after school and before homework, we always managed to get in some time playing Nintendo. Summer, like most kids, was our absolute favorite time. We would get to travel and do things with our parents and grandparents. Whether it was something small and local such as going to Playland or the beach in Rye, NY or taking a vacation to Lake George, NY, we were always busy. When he got old enough and Mom allowed him to come with us, we would go hiking in the woods and fishing once in a while with one of my friends and his father. Our parents made sure we had the best summer EVERY summer!

Other yearly traditions of ours included going to the Westchester County Fair, the Danbury Fair, and the Dutchess County Fair. We sure did like fairs. Taking a trip out to Atlantic City, NJ is another thing that we did every year. Not being old enough to enter the casinos, we spent most of the time at the beach, where it always seemed to be windy. We would spend countless hours on the Boardwalk going in and out of every shop and buying junk food and tacky merchandise. One time we even tried counting the planks on that endless Boardwalk, of course we failed. Danny was 5 years younger than I was. So when he turned 13 I was 18 and listening to rock music and skateboaring for several years already. Around this time Danny started skateboarding with his friends and listening to rock music. I did say he looked up to me, didn't I? His friends would come over and skate and build ramps in front of the house. I would always make time to hang out with them, ocassionally falling off of the make shift ramps.

I was never too busy or cool to spend time with Danny during this period. Because of this, I believe, we had an extra special bond and were not only brothers but best friends. He would still ask those endless questions about things he was always curious about. Although the questions changed now to being about cars, skating, music and of course, girls. One thing never changed though, Danny thought I knew the answers to everything.

We would watch the Discovery and Science channels constantly. We always felt the need to learn as much as possible about as many things possible. Danny had an unquenchable thirst for knowledge, as do I.

I would take Danny, and sometimes his friends, to rock concerts. With Metallica being our favorite band, we have seen them many times live. My friends and I would take him skating in the city at Chelsea Piers on the halfpipe. We would always stop to get pizza at our favorite spot on Bleeker street on the way home.

In the winter months we would head off to many different mountains in New York, Massachusetts and Vermont to go snowboarding. My friends and I taught him how to snowboard from the age of 13. Danny always enjoyed the fresh mountain air and spending time with his big brother and friends, even though he may have spent more time in the lodge drinking hot chocolate than snowboarding.

These are memories that I will never forget. Beginning of the End

Danny had a couple herniated disks in his cervical spine brought on by many years of heavy lifting at work. After consulting with a spinal surgeon, a routine surgery of spinal fusion was recommened. He elected to have the surgery done to relieve the pain.

As was and still is very common with the opioid crisis, his addiction began with pain pills. After the surgery his doctor had prescribed him medication for the pain during recovery from the surgery. He told the doctor that something was not right in his neck and that the surgery had gone wrong. Instead of listening to him and checking to see if something was the matter, she just kept prescribing more and more pain pills.

It turns out that Danny was correct and several of the titanium screws in his neck had broke and moved out of place, causing him emense pain. The solution that the doctor came up with was to not go in to fix the broken screws, but instead to prescribe him MORE PAIN PILLS, telling him that the pain would subside one day. Well the pain never did subside. However, what did subside were his ambitions, motivation, personality, laugh and overall well being. He was addicted to Oxycodone!

Danny's doctor eventually did stop prescribing the pills long after the damage was already done. There is a good series on Hulu called "Dopesick" starring Michael Keaton that sheds light on this ongoing problem in America. With no more access to pills from the pharmacy, he began to buy them illegally on the street for $40 per pill. After exausting ever dollar from work, borrowing and theft, someone convinced him that he was doing it all wrong. You see, there was a much cheaper option...Heroin.

Being scared of needles his entire life, I never feared that this would be an option for Danny. As it turns out, I was very wrong. I guess the Heroin took away his fear of needles, along with any other fears that he might have had. Long gone was my caring, smiling, happy brother. In his place was this mindless zombie that only had one goal in life, how to get more Heroin.

Over the course of 10 years, Danny went to as many rehabs, in just as many states. Some worked better than others. He was always sober when he came home, lasting to various degrees. It never lasted longer than a couple of months though. One of the saddest things I ever heard anyone say, was the day he told our mother that "he didn't feel right sober"

After a decade of bouncing through rehabs, struggling through a cycle of highs, withdrawals and life, his addiction finally caught up to him. Haven gotten into legal trouble, he was court ordered to attend rehab and recovery meetings. It turns out he did have one fear left that the drug did not take away. That fear was of going to prison. Danny went to rehab and this time, came home a changed person. He actually wanted to stay sober and work towards a sober future. He put in all the hard work and effort. Danny got up early went to a meeting before work, he went to a mid-day meeting sometimes and then after work and dinner he was off to another meeting.

My brother was back and so were to smiles and laughter. For the first time in over a decade I had hope that he would stay sober and put the addiction behind him once and for all. After being sober for over 20 months, for somer eason only know to him, he relapsed. This time he overdosed and died, as is often the final stage in the cycle of addiction. Probably from a combination of his tolerance being low and the fact that he unknowingly took pure Fentanyl, he was gone. I never got the chance to tell him how proud I was of him or say goodbye. You Can Make A Diference